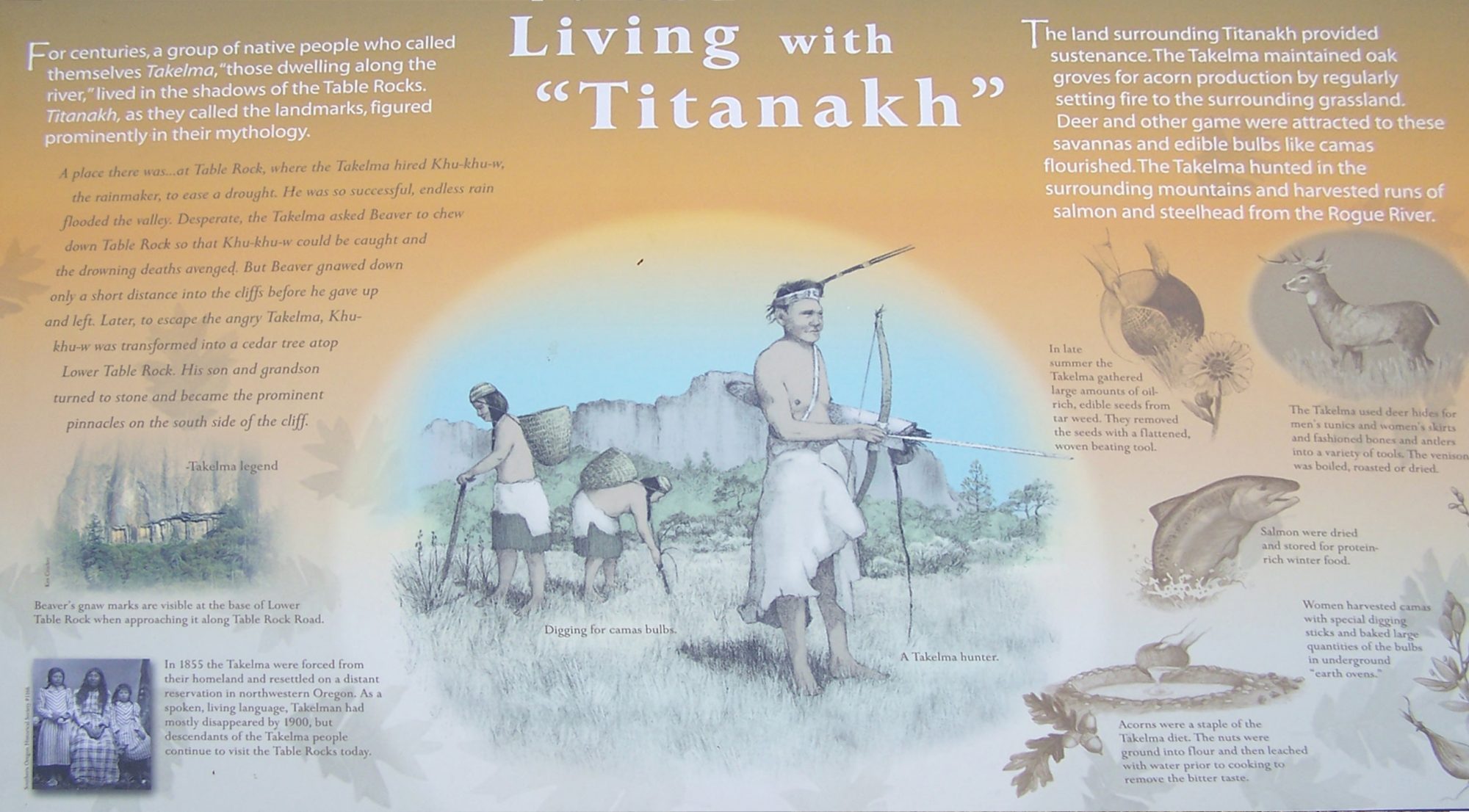 History of the Rogue River

The Wild & Scenic Rogue River travels through the heart of the rugged Southern Oregon wilderness. Beginning in the Rogue-Umpqua Divide Wilderness at Boundary Springs, it flows for 215 miles before emptying into the Pacific Ocean.

The legendary Rogue River has an extensive history, and is well-known for its nationally-recognized steelhead and salmon fishing. Today, the Rogue River attracts outdoor recreation enthusiasts who love whitewater river rafting, fishing, hiking, and exploration.

BACK TO THE BEGINNING – A BRIEF HISTORY

In the mid-1800’s, people were drawn to the Rogue River area — lured by stories of gold and pelts. The region saw an influx of settlers following the passage of the 1850 Donation Land Act, which gave couples 320 acres, and single white men 160 acres, if they lived and cultivated the land for at least 4 years. The area was flooded with thousands more settlers in late 1851, when gold was discovered on the Rogue. Over $70 million worth of gold was panned from the Rogue River. For settlers, life in the Rogue Canyon was lonely and difficult. While gold mining operations were extensive, production was minimal. Mining remnants — including pipe, flumes and stamp mills — can still be found today.

The Native Americans who inhabited the land were friendly at first to fur trappers, until a feud started when fur trappers murdered a couple of lone Indians. This began the Rogue River Wars of 1855-1856 — a war between the United States Army and local militias against the Native Americans. Though many different tribes lived in the area, they were grouped together as the Rogue River Indians. Given their name as the “Rogue Indians,” the name River of the Rogues was created, which was shortened to the Rogue River. The war ended gruesomely and the Tolowa and Takelma people were forced onto reservation lands, where many of them died of disease, lack of local and proper food and water, and a loss of their culture.

Battle Bar on the Rogue River was named for a major battle between Colonel Kelsey’s cavalry of the United States Army and the Takelma Tribe during the Rogue River Wars. The Takelma survived on salmon, deer, elk, and beaver, in addition to harvested acorns from the Oregon white oak and the California black oak trees. They lived in homes dug partly into the earth, similar to the Klamath, Shasta and Modoc peoples.

With the opening of the Oregon Trail — in addition to the gold rushes in northern California and later in eastern Oregon — the Rogue River Valley soon filled with miners and settlers who consumed the natural resources that the Takelma survived on. As the settler population increased, so did their desire to own land and control these resources. Fences were built around lands the Native Americans had lived on and maintained for thousands of years. Mining run-off polluted the streams and killed the salmon and lamprey. The settlers’ hogs also ran wild, eating acorns and rooting up camas bulbs, and their cows trampled root crops.

The two groups cohabitated for less than four years. In 1856, the surviving Takelma were sent to live on reservations on the Oregon coast and lost much of their culture and language as they interacted with different tribes.

While filled with imperfection and times of war and peace, the history of the Rogue River is important to many who wish to experience the canyon. Travelers should know the tales of those who inhabited these lands and what took place there. 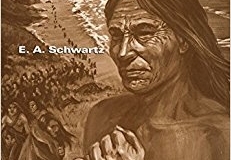 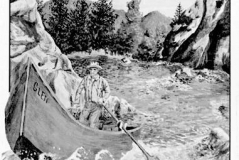 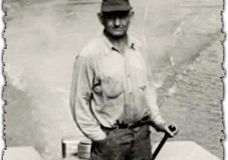 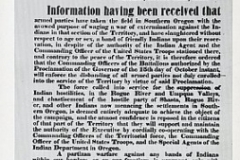 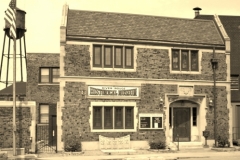 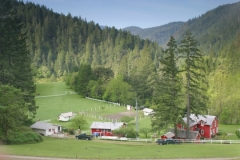 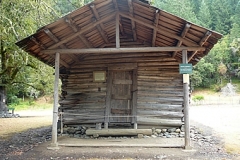 FAMOUS FACES ON THE ROGUE

In the 1930’s, the Rogue River attracted Hollywood celebrities such as Clark Gable and Ginger Rogers. Additionally, many movies have taken place against the dramatic backdrop of the Rogue River, including “The River Wild” and “Butch Cassidy and the Sundance Kid”.

Zane Grey — an author of adventure novels and stories — loved the outdoors and also frequented the Rogue River. Throughout his life, he traveled for part of each year to adventurous locations such as the Rogue River, where he kept a cabin that he built on an old mining claim. This cabin still stands on the banks of the Rogue River and is a popular stop for travelers. He was also an avid fisherman and enjoyed steelhead, salmon and trout fishing on the Rogue

The latter was one of the original rivers designated under the Act. This portion of the river extends from the mouth of the Applegate River to the Lobster Creek Bridge, totaling 84 miles. Signed into law by President Lyndon B. Johnson, the Wild and Scenic Rivers Act was created to preserve rivers with outstanding natural, cultural and recreational values for the enjoyment of present and future generations. It also established the National Wild and Scenic Rivers System to protect and enhance rivers that were regionally and nationally significant.

As of 2018, the National System protects 209 rivers in 40 states and the Commonwealth of Puerto Rico. The nation’s rivers allow people to experience local fish and wildlife, recreational activities and beautiful scenery. They are also physical records of the land and our history, which will educate and inspire people for generations.

Located on the banks of the Rogue River, Morrisons Rogue Wilderness Adventures is the Pacific Northwest’s premier adventure company and deeply woven into the river’s history. An incredible world of adventure awaits on the Rogue River, and Morrisons helps people traverse the thrilling waters and wilderness.

For the angler, the Wild and Scenic Rogue River is known worldwide as one of the most incredible places to fish for steelhead and salmon. With single and multiple day fishing trips available, there’s a trip for every angler and skill level.

Or, land-lovers can strap on their hiking boots and walk the trails. Morrisons has created Rogue River hiking trips unique to the area which showcase the river and Southern Oregon’s natural beauty. Whether travelers partake in a summer hiking and rafting trip, or embark on a 4-day, raft-supported, lodge-to-lodge hike, they’ll experience the rugged Rogue River like the explorers of days gone by.

One of the best ways for an adventurer to immerse themselves in the history of the Rogue River is to ride its wild rapids on a whitewater river rafting trip. With each twist and turn of the Rogue, the history of the river is revealed. With single and multi-day trips available, travelers will love riding down the Rogue River in an inflatable raft, making memories, and leaving their mark on Southern Oregon’s most famous river.

THE ROGUE: PAST, PRESENT, AND FUTURE

The Rogue River has an enthralling, storied past — filled with tales of the Native Americans who first lived on these lands, gold miners, Hollywood celebrities, famous authors, and outdoor enthusiasts who traveled many miles to fish, hike and raft. The future of the Rogue River waits to be written, with the upcoming chapters created by the next generation of adventurers and explorers.