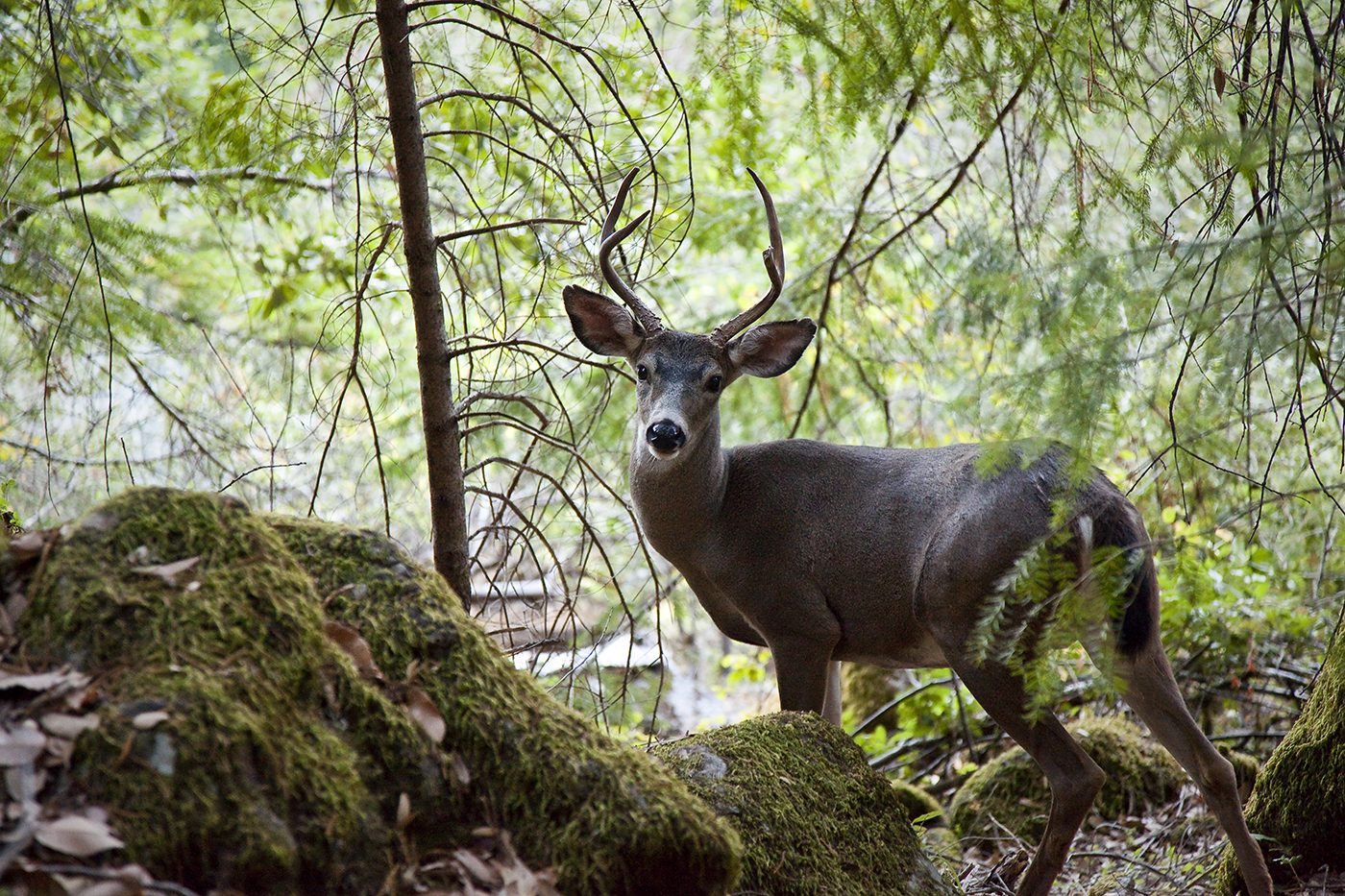 Wildlife along the Rogue River

Fauna of the Area

The Rogue River boasts an abundant variety of wildlife. The Rogue River is said to contain “extremely high-quality salmonid habitat and has one of the finest salmonid fisheries in the west” I find this true, though, stocks have become less abundant than historic years past. However, with many of the dams now removed the Rogue is becoming a more prosperous fishing river than many others in the area. Our wild fish habitat is healthy in the Rogue River, and we also have hatchery fish which are taken from “brut” stoke meaning that each year a new wild fish will be chosen to fertilize all of the eggs in the hatchery thus keeping the stock of fish new each year. Our salmonids found in the river include Coho salmon, spring and fall Chinook salmon, and summer and winter steelhead. Our native species of freshwater fish found in the watershed include coastal cutthroat, trout, Pacific lamprey, green sturgeon, white sturgeon, Klamath small scale sucker, prickly sculpin, and riffle sculpin. We also have many nonnative species including goldfish, American shad, pike minnow, carp, yellow perch, brown bullhead, catfish, black crappie, and red side shiner.

We also often see the American black bear, black-tailed deer, bald eagles, ospreys, great blue heron, the green heron, king fishers, water ouzels, red-winged blackbirds, woodpeckers, Steller jays, Canada geese, mergansers, and mallards. More rare to see are golden eagles, river mink, river otters, Western turtles, and an occasional seal on the lower end of the river. If you are lucky you might even be graced by a beautiful Arctic Blue butterfly. There are also rattlesnakes and ticks to be aware of if you are hiking the Rogue River Trail, or just walking around the river corridor. 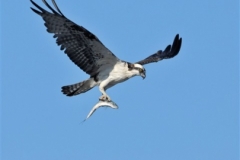 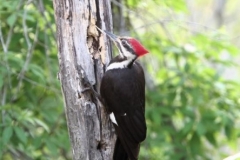 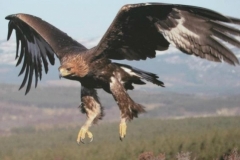 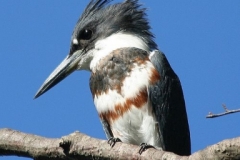 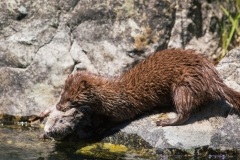 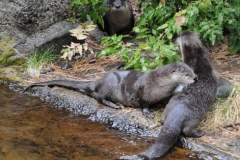 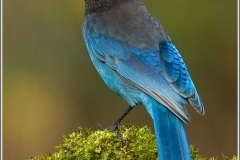 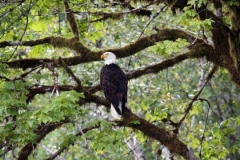 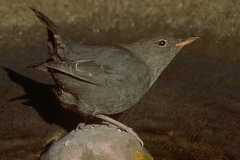 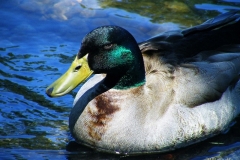 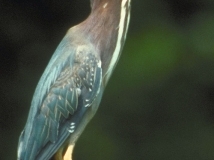 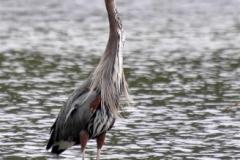 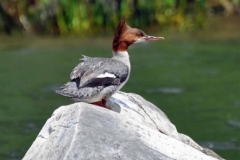 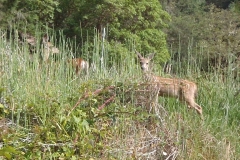 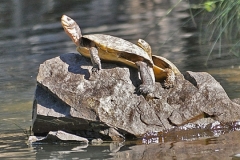 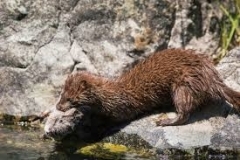 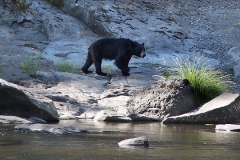 The black bear is the smallest of the three bears species found in North America. Their current range is restricted to relatively undisturbed forested regions, like the Rogue River. Though they generally have shaggy black hair, the coat can vary in color from chocolate-brown to cinnamon to blond. Oregon is home to about 25,000 to 30,000, (the most of any state in the lower forty-eight) with most of these bears inhabiting southern Oregon. They have an excellent sense of smell but poor eyesight.

The black bear is an omnivore and will eat herbs, nuts, berries, salmon, crayfish and trout and will seek out food within orchards, beehives and agricultural croplands. They may scavenge garbage dumps or trash bins of businesses, homes or campsites. They seldom attack humans unless cornered, threatened, or wounded. They are less likely to attack humans than grizzly bears and typically flee for cover as soon as they identify a human visitor. They can live 20-25 years in the wild, but the average lifespan is around 10.

There are two types of salmon that spawn in the Rogue River, the Chinook (or King) and the Coho. An easy way to tell the difference between Coho and Chinook is that the Coho develop hooked jaws and teeth and have a pronounced red color to them. A spectacular sight on the Rogue is to see the salmon congregating at the mouths of side streams and creeks to take advantage of the cool water coming in.

There are two runs each year, one in the spring and one the fall. The salmon travel up to 150 miles upstream to reach their spawning grounds and can be seen trying to jump up Raine Falls during the fall run in late August. Once the salmon enter the river to spawn they no longer feed, but are very aggressive and strike at objects, which is how they are caught by anglers. In the fall of 2002 a world fly-fishing record was broken when a 71.5 lb. Chinook Salmon was caught at the mouth of the Rogue in Gold Beach by Grant Martinsen.